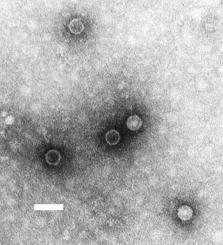 Type 2 polio eradicated: closer to the eradication of all strains

As reported in Science Magazine, on September 20 the Global Commission for the Certification of Poliomyelitis Eradication (GCC) announced the eradication of type 2 polio. This is a great step forward for the complete eradication of the disease worldwide.

There are three strains of poliomyelitis, types 1 – 3. Now that type 2 has been declared eradicated, this means only 1 and 3 are still remaining. Type 3, however, has not been detected since the last case was reported in Nigeria 3 years ago. Because of this it is widely believed that type 3 will be declared eradicated soon. Type 1 has been reported in Pakistan and Afghanistan, but with fewer cases reported in 2015 compared with those reported in 2014. If the transmission of the virus can be prevented by 2016, the disease may be declared completed eradicated by 2019 or 2020. This would be the second disease eradicated, joining small pox in that distinction. It is amazing that soon such a devastating disease might no longer exist.

There is no cure for polio. Vaccination against polio has successfully prevented infection with the virus.