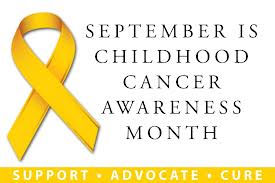 The CDC just released a new report on death rates from childhood cancer. Good news! Cancer rates declined by 20% overall from 2009 – 2014, the last year that statistics are available. There was a decrease in both males and females, in all age groups, and in African American and Caucasian children.